Our Hunger Games prequel video, The Way Home, went up last night! You should watch it, it’s pretty cool! (There’s a not obvious enough link to Part 2, just fyi)

Well, it looks like I have carpal tunnel, or something that mimics the symptoms of carpal tunnel, so I have not been posting as often as I would normally. My hand hurts too much when I try to type for long periods of time–it’s so unfortunate! I really do spend most of my time either typing or writing, so this has been a big hindrance. Hopefully it will heal soon.

Today’s post is about the famous JRR Tolkien book, The Hobbit, a personal favorite of mine from a very young age. There’s a movie coming out next winter (I believe), made with roughly the same idea in mind as the LOTR series.

This is the original dust jacket: 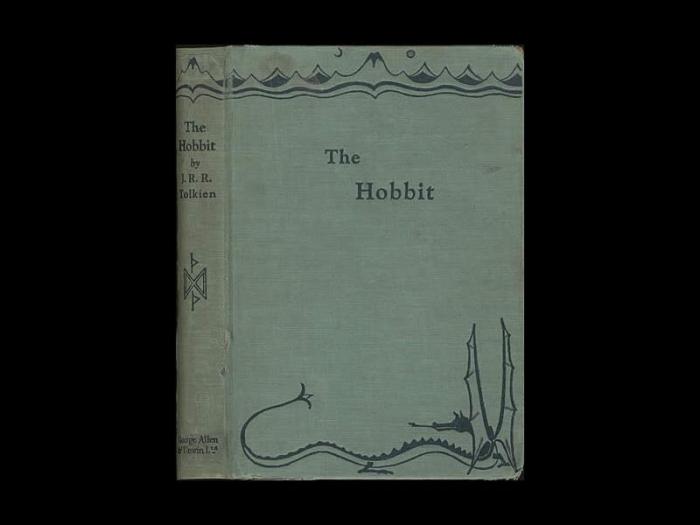